LATEST
American’s eternal vigilance over the government is the...
State by State, COVID-19 death rate will peak...
Under Coronavirus, President Trump becomes our newest family...
Mother Nature shrugs: The Coronavirus impact on the...
From GM creating ventilators, to new deals, the...
Home sewers creating COVID-19 vented, Olson protective masks...
Payday loans from banks could help taxpayers waiting...
President Trump: Fighting Covid-19 virus like the boss...
Defeating Coronavirus means we must all rally around...
Living with ALS: The similarities between ALS and...
Home TravelFrance Monet’s gardens at Giverny: This bud’s for you
FranceTravel

Monet’s gardens at Giverny: This bud’s for you

GIVERNY, February 11, 2014 – Three diverse elements aligned in the late 19th century to give birth to one of the most popular artistic movements in history; Impressionism. All it took was the growing popularity of photography, the ever-changing light of Normandy and a man by the name of Claude Monet. 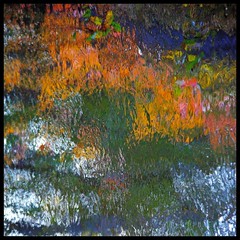 Since 1980, travelers, artists and flower lovers alike have immersed themselves in the vibrant surroundings of Monet’s home and gardens at Giverny.

It matters little which discipline you prefer, Giverny is infectious. It reaches deep into your soul. It is impossible to be unaffected by it in some manner. At Monet’s Giverny, first impressions are lasting impressions, and there are many.

Oddly enough, technological advances made the pursuit of photography a popular hobby in the late 1800s. Many “experts’ believed that reproducing reality through pictures would minimize an artist’s ability to express himself. As it turned out, the opposite was truth and the seeds of Impressionism were born.


Thanks to photography, the artist was now able to experiment with light and color by taking his palette outdoors. Artists of the day sought to create “perceptions of nature” rather than the precise representations that limited them in the past. For the artist, painting became a means of expressing emotion and color as an extension of his soul. Something cameras of the period were unable to do..

When Monet was five years old, his family moved to Le Havre in Normandy, France. His father wanted him to continue in the family grocery business, but Claude had other visions and a dream of becoming an artist.

Somewhere around 1846, Monet met Eugene Boudin, a fellow artist who was painting scenes in and around the picturesque harbor village of Honfleur. Boudin had been influenced by another artist from the Honfleur region, Johan Barthold Jongkind, and, at the time he met Monet, he was in the process of evolving a technique known as “en plein air” or outdoor painting.

Normandy, with its rural countryside settings nestled along the coast of the English Channel, is a region where the weather is restless: constantly moving clouds, rapidly changing patterns of light and always evolving splays of color.

Without changing your perspective, a scene can alternate its mood in a matter of seconds. Little wonder such natural phenomena would inspire the soul of creativity.

Monet was thirty-two when he created a painting called Impression Sunrise. When it was exhibited in an art show in Paris in 1874, art critic Louis Leroy took the first word of the title and disparagingly call Monet’s work “Impressionism.” Leroy has long since disappeared from the world of art, but Impressionism lives on today as one of the major artistic movements in history.

Today, Impression Sunrise, depicting a landscape in the port of Le Havre, hangs proudly in the Musee Marmottan Monet in Paris.

Four years after the death of his beloved wife, Camille, Monet caught a glimpse of Giverny from the window of a local train while traveling between Vernon and Gasny in 1883. He rented a house in Giverny, about 70 miles north of Paris, and soon after, purchased the home in which he would reside for the remainder of his life.

The house at the time was situated near the main road of town, but it was the barn that intrigued Monet’s creativity most. For the next several yeas, the artist converted the long two-story building into a house and studio overlooking his magnificent gardens. With huge picture windows that opened out to the gardens, Monet was sheltered from the elements so that he could work in any weather.

What frequently is overlooked in Monet’s life is that he was a world class horticulturist. The gardens were his own design and Monet frequently changed them according to the seasons. So prolific was he in such pursuits that he was almost as famous for his botanical skills as he was for his painting.


Also fascinating was the fact that Monet diverted a section of the main river in order to create his lily pond. The famed Japanese bridge and lily pond, which are situated across the road from the studio,  are accessible by a small connecting tunnel.

Initially the lily pond was a quiet refuge for Monet until he had an epiphany and realized it would be an ideal subject for his painting. So infatuated did Monet become with the lilies, that once “discovered”, he hardly painted anything else for the remainder of his life.

Upon his death, Monet’s only son, Michel, inherited the home, gardens and lily pond. In 1966, Michel bequeathed everything to the FrenchAcademy of Fine Arts. By 1980, the Foundation Claude Monet opened the house and gardens to the public.

Giverny is open daily from March 29th to November 1st in 2013. Hours are 9:30 am to 6:00 pm with the last admission at 5:30 pm. Regular admission for adults and seniors is about $12.50, children under seven are free and tickets for disabled visitors are approximately $6.50. There are also rates for groups of 20 or more.

In keeping with Monet’s philosophy, the gardens are regularly changed throughout the months it is open to visitor.

Claude Monet was 86 when he died of cancer in 1926. He is buried in Giverny in the church cemetery.

About the Author: Bob Taylor is a veteran writer who has traveled throughout the world. Taylor was an award winning television producer/reporter/anchor before focusing on writing about international events, people and cultures around the globe. He is founder of The Magellan Travel Club (www.MagellanTravelClub.com).

His goal is to visit 100 countries or more during his lifetime.

Bob Taylor has been travel writer for more than three decades. Following a career as an award winning sports producer/anchor, Taylor’s media production business produced marketing presentations for Switzerland Tourism, Rail Europe, the Finnish Tourist Board, Japan Railways Group, the Swedish Travel & Tourism Council and the Swiss Travel System among others. He is founder of The Magellan Travel Club (www.MagellanTravelClub.com) and his goal is to visit 100 countries or more during his lifetime.

Simple, practical tips when we are ready for...

The Nelson wine region: a gem on the...

Coronavirus issues as tourist season draws near: The...

A Florentine dream at Hotel Bernini Palace and...

Coronavirus fears: A traveler’s guide on whether or...

Tips for traveling around a world under the...