As Trump voters demanded, back to pre-ACA healthcare

MONTGOMERY VILLAGE, Md., February 7, 2017 — Even in our current reality of “alternative facts,” the threats to our health and financial survival should worry us. A partial list smuggled out by a Minnesota legislator shows what the new Republicans have in mind to replace the Affordable Care Act (ACA, Obama care) in Minnesota. 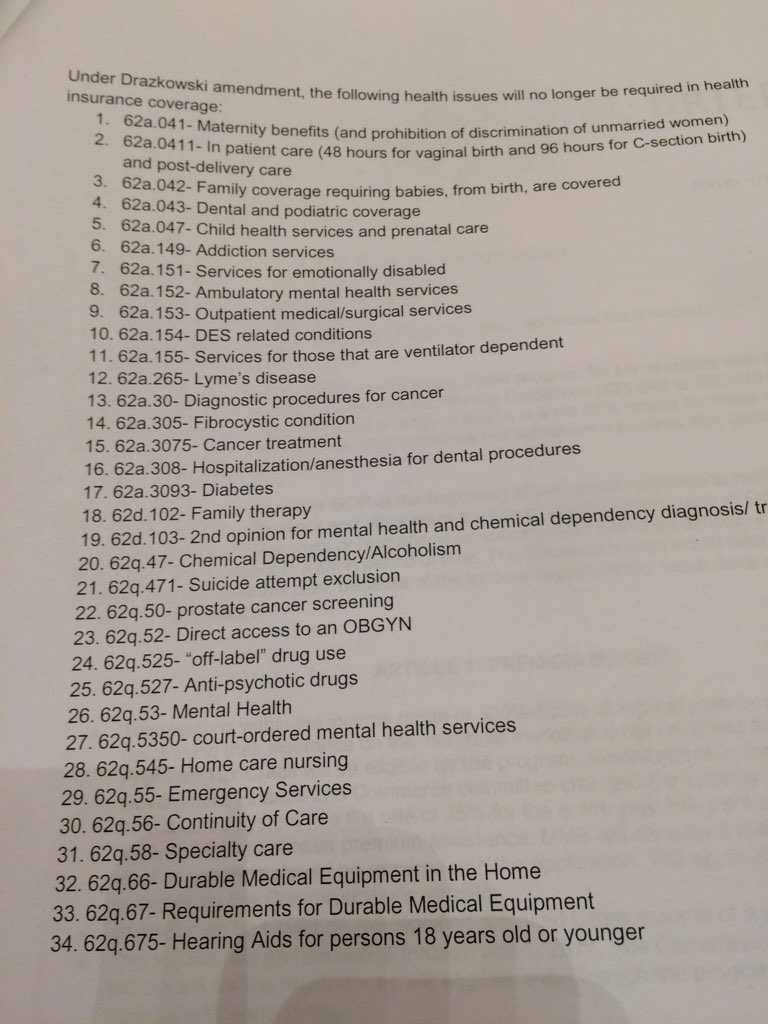 A bill passed by the Minnesota House exempts many items from mandatory coverage. Exempted items include:

Since the user would select the services to include, the issue of “pre-conditions” appears to be moot. If you want your cancer, bi-polar disorder, or any other condition to be covered, you will pay for it, dearly.

With no required coverage, the market would supposedly function better and insurance prices would go down and stay down due to competition. We would go back to something very much like pre-ACA.

We all remember those times. Families went broke when a member was diagnosed with cancer or a chronic disease. That the “free market” solution to health care did not work is a matter of record; now we are going back to it.

Some of the exclusions appear to go against the often-voiced preferences even of Republicans. For example, exempting child birth, prenatal and postnatal services would give a pregnant woman even more reasons to get an abortion. Even if Republicans are successful at outlawing abortion or limiting it drastically, this choice would probably be less expensive than bringing the pregnancy to term.

Mental health problems can strike without warning. With the onset of mental illness, one of the first symptoms is denial, compounded by ignorance. The situation is not much better now, but this exclusion could leave mentally ill people on the streets.

This blue print, as it appears to be, will take us back to our former system of health care on steroids. Young people who believe themselves immortal will chose a bare bones program or none at all. Families in financial distress would do the same, a perfect recipe for ruined lives when major illness strikes.

Insurance companies might still insure people with existing illnesses, but at a very high price. The competition that Republicans hope for would not come into play in these cases.

Unless future legislation includes coverage under a family plan for those under 26, this will also be denied. It is possible that insurers would cover someone until they are 26 in a family plan, but they most likely would increase premiums.

Mario Salazar is a combat infantry Vietnam Vet, world traveler, renaissance reconnaissance man, pacifist, metal smith, glass artisan, computer programmer and he has a Master of Science in Civil/Environmental Engineering. Now retired from the Environmental Protection Agency and living in Montgomery County, Mario will share with you his life, his thoughts, his musing on living in yet another century of change. He will also try to convey his joy of being old.