WYTHE COUNTY, Va. January 19, 2014 – As an aspiring TV critic who lives in the mountains of Virginia, I have grudgingly endured the current cable fad of exploiting the hillbilly stereotype on so-called “reality shows.” And as I observed the falling ratings of “Duck Dynasty” getting as much air time on CNN as the West Virginia water crisis, I was disappointed, but not surprised. We Appalachians are used to it.

We all have a secret though. We know we live here because we love it. We have never needed the endorsement of anyone who tries to glorify–or ridicule–the hardships we endure in this region in order to stay connected, from generation to generation, to the land and the people. We are used to it.

We grew up knowing that when it came to getting through the daily problems of life, we had only ourselves to depend on. We know that regardless of each new way the rest of the country chooses to mock or exploit us, we take it all with a grain of salt. We are used to it.


We are our ancestors. 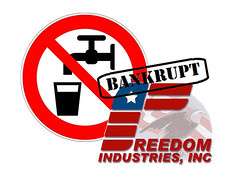 We are the same people who, despite danger and deprivation, struck out alone in the wilderness to expand the western reaches of a young nation.

We are the same people who have always considered personal liberty worth the isolation we experience in our part of the country.

We are the same people who fought the battle at King’s Mountain and helped turn the tide of the American Revolution.

We are the same people who worked for the TVA to build the dam that eventually supplied the enormous energy requirements for creating the atom bomb at Oak Ridge, Tennessee.

We are the same people who toiled and died far underneath the surface of the earth to supply the vast quantities of coal required to build this great nation.

We are the same hard-headed moonshiner who fed his family the best way he knew how, despite the risk.

We are the “Rocket Boys” of McDowell County, WV.

We are Pearl Buck and Barbara Kingsolver.

We are the home of NASCAR. We are Junior Johnson and Dale Earnhardt.


We are the home of country music. We are Loretta Lynn and Brad Paisley.

We are that part of the country that you drive through on your way to somewhere else.

We are those people who will extend a helping hand to a person in need regardless of what license plate their car carries.

We are the people who will come to your rescue in a blizzard and treat you like family ’til you are on your way once more.

We take care of others because that is how we are raised. We are used to it.

We are a large part of what is good about America.

When Freedom Industries declared bankruptcy after poisoning the water supply of 300 thousand West Virginians, we weren’t surprised. We are used to it.

The West Virginia “two-step” that Freedom Industries perfected to avoid accountability for their casual negligence is as familiar to us as the morning mists over our mountains. We are used to it.

That’s how corporations have always behaved in Appalachia. We are used to it.

We know that despite hundreds of environmental disasters, little will change to protect our region. We are used to it.

But as each mountain top is leveled and as each source of water is forever poisoned by corporate greed, the resources worth extracting from Appalachia will eventually wear thin.

Eventually, those who still remain here, yet another intrepid band of liberty loving and hard-headed mountain people will simply keep doing what they did 300 years ago. They will rely, as always, on hard work and resourcefulness in a land where only the strong survive. The corporations will finally need to look elsewhere and exploit other hard-working citizens to maintain their bottom lines.

The same corporate greed that is currently decimating Appalachia and the middle class will eventually knock on the doors of each and every American, demanding more than they deserve and paying less for it than they should.

And just like Appalachia, the rest of you had better get used to it.

Listen: is somebody knocking on your door right now?

I was born and educated in Southwest Virginia, traveled with my job all over America in my twenties and early thirties then came back to the mountains to raise my daughter. I’ve been employed as everything from a quality control technician in industrial construction, to a mail processing plant manager, to postmaster of a small town. I’ve been to forty nine of the fifty states, as well as many other countries. Traveling will always be a passion I indulge, and something I’ll call upon often in my writing. I come from a long line of story tellers, and will shamelessly exploit a family tree resplendent with colorful and unique characters, both past and present. In short my perspective will reflect the pride and familiarity I have of my Appalachian heritage. My stories will be a reflection of the values I believe we hold dearest here, all embellished with a healthy dose of Southern Appalachian flare.

As Sochi Olympics prepare, the Olympic Museum in Lausanne re-opens

TV tonight: NFC playoff, the ‘The Following’ plus ‘True Detective’