Remembering the little girls of Manchester

WASHINGTON, May 23, 2017 – The power of our global tomorrow is in the little girls that will grow up to be the women who bear the sons and daughters of tomorrow.  From the youngest victim, eight-year-old, Saffie Rose Roussos to the parents visiting from Poland and waiting for their daughters, we lost 22 bright lights that had so much to give to their families, their communities, and the world.

Many more were physically and emotionally injured, from the attack.

USA Today compiled the following list from social media and news reports of those who have, so far, been identified, and we should all be careful that we do not forget their names. There could be no better tribute to those that died than Grace VanderWaal singing her original song “You don’t know my name” that she debuted on America’s Got Talent.

12 year-old Grace reminds us of the beauty and future of our little girls, and those that love them, and died while being with them. And why we, the global we – Muslim, Christian, Jew, Buddist, Hindhu and Sikh, and everyone else, must fight against the scourge of hate and demand that all people respect all people living by the tenant of do no harm.


Here are the stories of the identified victims:

The first victim to be named was a huge fan of singer Grande, with whom she once proudly posed for a picture she posted to social media.

The death of Callander, 18, was confirmed by Runshaw College, an educational institution in Leyland, a small town about 34 miles northwest of Manchester, that she was attending.

In 2015, Callander posted a picture of herself posing alongside Grande on Instagram.

Before Monday’s show she sent a tweet to Grande: “So EXCITED TO SEE YOU TOMORROW.”

Callander was in the second year of a three-year health and social care course at Runsaw. The London Evening Standard reported that she died in a hospital in Manchester with her mother by her side. 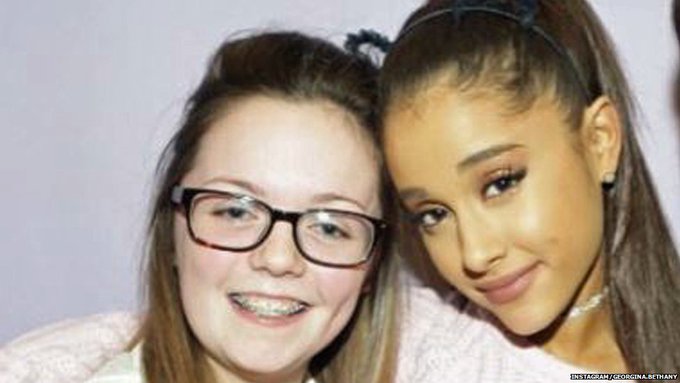 Roussos, the youngest victim to be named so far, was just 8 years old.

A teacher at Tarleton Community Primary School, about 40 miles north of Manchester, described her as a “beautiful little girl in every aspect of the word” in a statement issued through Lancashire County Council.  “She was loved by everyone and her warmth and kindness will be remembered fondly. Saffie was quiet and unassuming with a creative flair.” 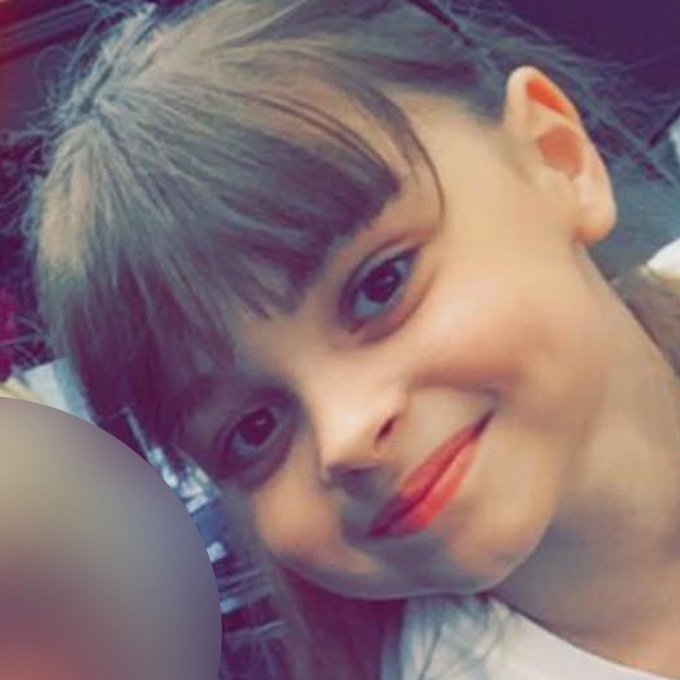 Eight-year-old Saffie Rose Roussos from Leyland was killed in the #ManchesterAttack http://news.sky.com/story/live-manchester-arena-explosion-10889465 …

The girl was at the concert with her mother, Lisa, and her older sister, Ashlee, who are both reportedly being treated in hospital.

Online messages for Atkinson, 26, paid tribute to an “amazing young man,” according to The Bolton News, a northwestern England newspaper that’s part of the USA TODAY NETWORK.

Tracey Crolla said: “Thinking of all the Atkinsons at this very sad time. John Atkinson you turned into an amazing young man so kind and thoughtful you will be missed by everyone.”

Rishi Shori, leader of the council in Bury, also in the Manchester area, said Atkinson’s death is “incredibly tragic.” 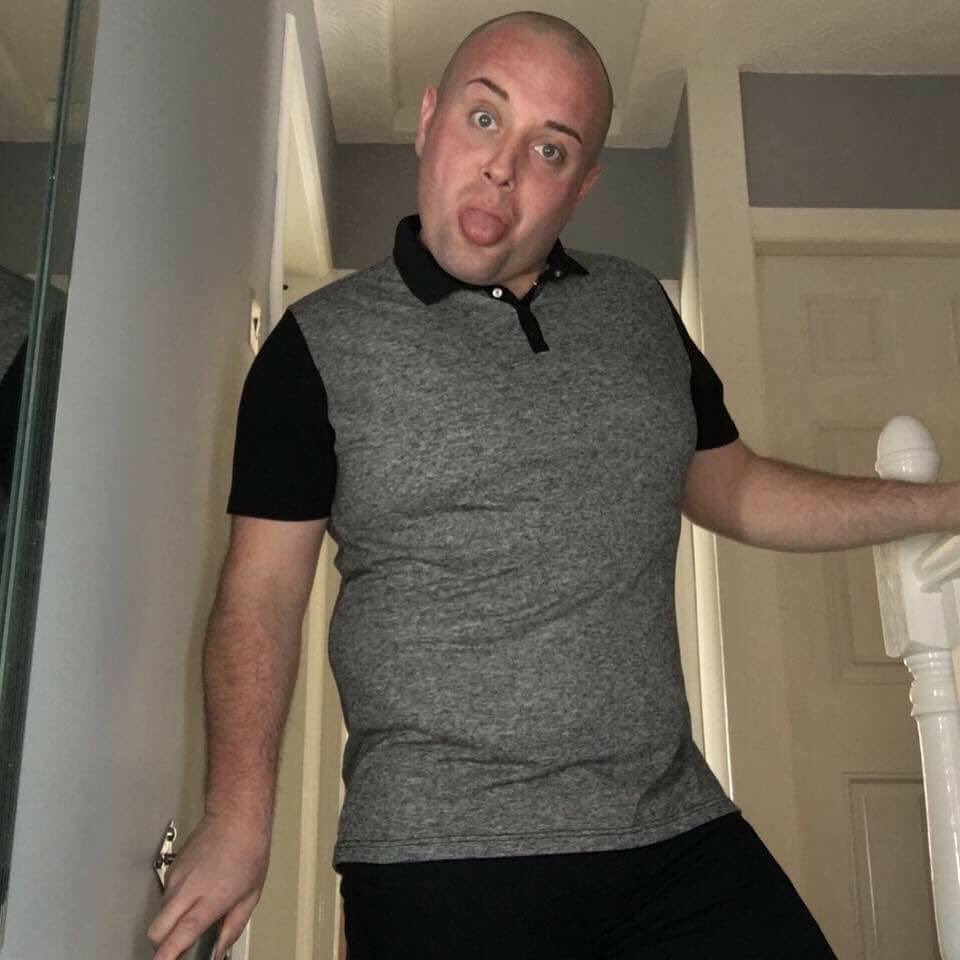 A 26-year-old man is the third person named as a victim of the Manchester attack. John Atkinson, from Radcliffe near Bury, was leaving the Ariana Grande concert when the bomber struck. Friends have…

Charlotte Campbell had appealed on social media and on TV for help in finding her 15-year-old daughter, Olivia, who was missing during the chaos.

According to The Bolton News, Brian Duffy, the principal of Campbell’s school, Tottington High in Bury, says the school is “absolutely devastated and heartbroken at the news” of her death. 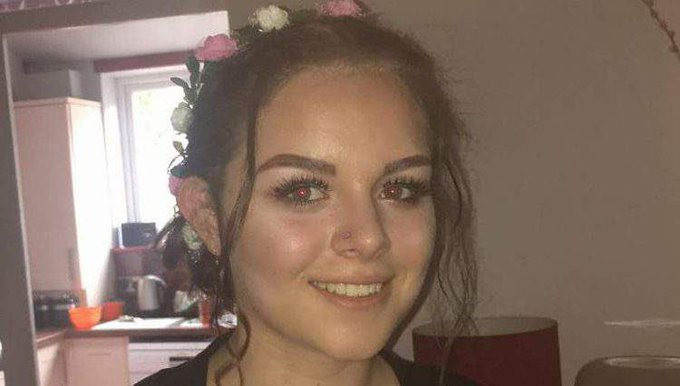 Brewster, 32, was from Sheffield, a city about 40 miles east of Manchester. Her boyfriend, Ian Winslow, announced her death on Facebook. “Kelly really was the happiest she has ever been and we had so many things planned together. My daughter Phoebe will be absolutely devastated like we all are,” he wrote. 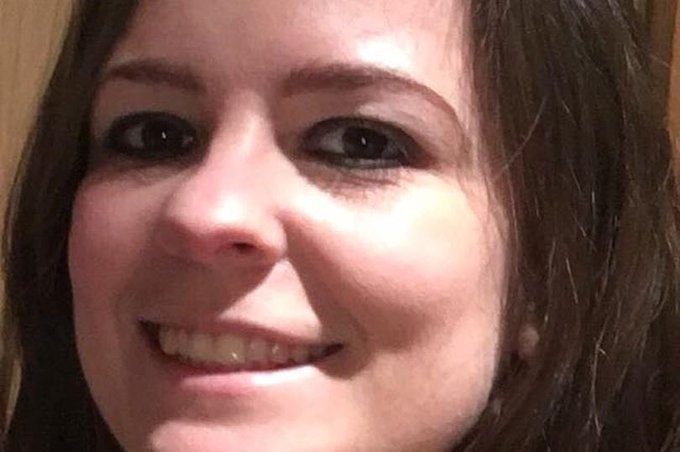 Kelly Brewster, 32, was a hero, who covered her niece from the explosion last night. May she rest in peace.

Howe, 45, and Lees, 47, two friends from Royton, a Manchester suburb, were killed as they waited to collect their daughters from the concert.

Late Tuesday, a relative of Howe wrote on Facebook: “They took a caring beautiful mum and stepmother away from us all she was amazing to us all x love you loads Alison Howexx,” The Guardian reported.

Lee Hunter, Lees’ brother, wrote in a Facebook post: “For those who don’t know, Lisa is gone but never, ever forgotten. I love you Lisa. I’ll miss you so much.”

Poland’s foreign minister said the Polish couple, 40 and 42, who lived 70 miles away in York, were killed as they waited for their two daughters from the concert. One of them, Alex, 20, had appealed on Facebook for help finding them.

“The parents came after the concert to collect their daughters and unfortunately we have information that they are dead. The children are safe,” Polish Foreign Minister Witold Waszczykowski told Polish radio station RMF FM on Wednesday. “We are appealing to Poles living in Manchester to take extra care and follow the advice of local authorities,” he said. 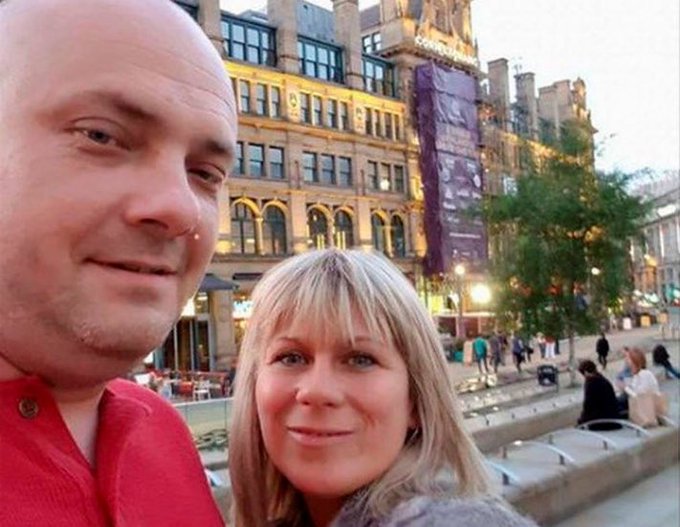 Rest in Peace Angelika and Marcin Klis, both killed going to pick their children up from the concert

Hett, 29, from Stockport, a southern suburb of Manchester, went missing after he became separated from friends at the concert, according to The Guardian.

On Wednesday, his brother, Dan, tweeted: “They found my brother last night. We are heartbroken.”

Hett’s partner, Russell Hayward, also posted on social media, saying, “We got the news last night that our wonderful iconic and beautiful Martyn didn’t survive. He left this world exactly how he lived, centre of attention. … I love you Martyn. I always will. X”.

Rumpus, the Manchester public relations company where Hett worked as a digital manager, paid tribute to him, saying he was a man who “loved life and celebrated it every day.”

Hett had appeared on reality TV shows “Tattoo Fixers” and Come Dine with Me.” 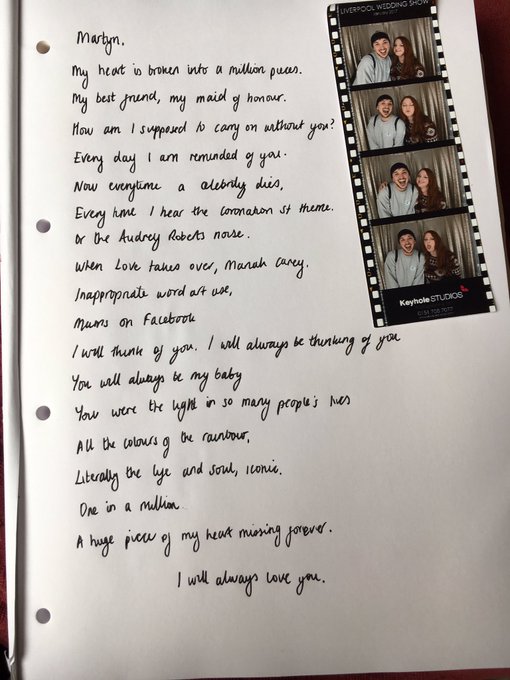 Thanks for everyone’s help and support. I will love him forever.

On Wednesday morning, Britain’s Independent reported that Jones, 14, who lived in a village about 20 miles from Manchester, was among the dead.

One of her classmates was also “badly injured” in the blast, the principal of her school, Holmes Chapel Comprehensive, told the newspaper.

The principal, Dennis Oliver, told the Daily Express that “I have just done six assemblies to tell the pupils. Children are all over the place crying. We are all devastated. The heart wrenches for me and everyone else.”

Nell Jones, 14, has been confirmed dead after the terror attack in Manchester. The schoolgirl was at the Ariana Grande concert on crutches after a previous injury. More follows…

Tweddle-Taylor, 50, a school receptionist from Blackpool, which lies northwest of Manchester, had gone to the venue with a friend to pick up the friend’s daughters, according to the Metro news website.

Her partner, Mark Taylor, told the BBC that the mother of three girls was “a very lovely lady, liked by everybody.” He said Tweddle-Taylor’s friend survived along with her children. 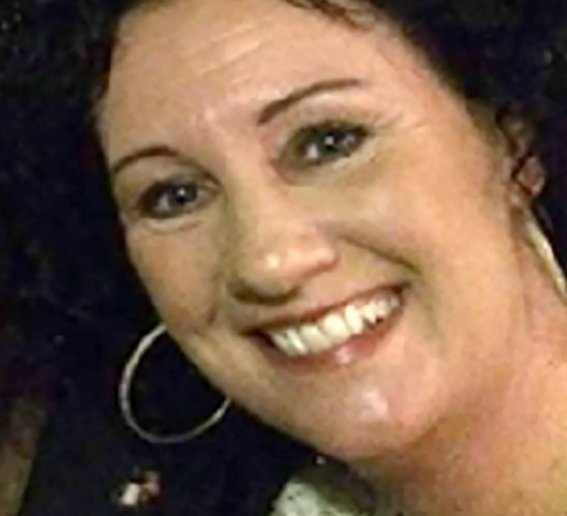 Jacquie Kubin is an award-winning writer and wanderer. She turns her thoughts to an eclectic mix of stories - from politics to sports. Restless by nature and anxious to experience new things, both in the real world and online, Jacquie mostly shares travel and culinary highlights, introduces readers to the chefs and creative people she meets and shares the tips, life and travel information people want to read.