LATEST
Heavy duty boxing: Carlos Takam too experienced for...
An Al Goodwyn Cartoon: Democrats whistling while they...
The Lord giveth, the Lord taketh away: Thursday’s...
Face Masks and Muzzles: Selection and Use. Questions...
Shot through the heart: COVID to blame, you...
Buffett finally makes a big buy. NatGas and...
Cancel Culture Democrats: President Trump’s targets in Election...
Time to close America’s teacher’s unions and public...
Who are the 1,000 armed black marchers at...
Fox’s Tucker Carlson: An Inconvenient Man, like Isidore...
Home Business and Money WhatsApp with Facebook? Or, Wall Street traders gone wild…
Business and Money

WASHINGTON, February 20, 2014 – Wall Street staged an explosive rally today for no particular reason in our book, save, perhaps, for some substantial fun and games regarding this week’s options expirations. Much of the action resembled the usual strike price hunting party, whereby professional investors with fancy cars and fast computers pick off the profits of the little guys by calling in call-covered stocks at an inopportune time. Inopportune for the small fry, that is.

But we wouldn’t be the least bit surprised if today’s rally was influenced in large part by Facebook’s (FB’s) whopping $16 billion (that’s billion with a big “B”) purchase of WhatsApp, a cross-platform instant messaging subscription service designed for smartphones. This follow’s on the heels of the earlier announcement this week that Dublin-based pharma giant Actavis’ (ACT’s) even more impressive purchase of Forest Laboratories for $25 billion in cash and stock.

The recent corporate takeover binge is beginning to remind us of the dot.bomb era where any new company with a “.com” in its name could go public, make its owners rich beyond avarice and then expire without a trace, all in the space of a year or less.

ZeroHedge chimes in on today’s action in a similar vein, reasoning that the high-frequency traders (HFTs) and algos were massively trading the headlines as usual:


“What everyone was talking about though was FB buying WhatsApp – not every day you blow $16bn and add a few bn market cap… makes u wonder if the machines were running the show higher for the big boys to get out?”

Jesse of Jesse’s Café Américain is also on board with this general notion, adding his own visually amusing spin:

“The spokesmodels on financial TV were thrusting their pom-poms this morning over the Facebook acquisition of ‘WhatsApp’ for $19 billion dollars. This reminds me of techbubble-nomics. Facebook is paying with an inflated currency for a big chunk of it, eg. their stock.”

Either the Maven is approaching senility here and just doesn’t get any of this; or Facebook really knows what it’s doing by spending too much money on a profit-less little company that’s invented yet another flavor of a 1990s-era chat room.

We are really having a tough time figuring out where the growth and profitability is on products like WhatsApp that are primarily geared toward under- and un-employed millennials who seemingly have nothing better to do with their time than gobble up mass quantities of bandwidth zinging each other with embarrassing selfies and mindless trivia when they’re not downloading tunes or videos.

A follow-on puzzle is this: how can any company make money off a generation that simply doesn’t have any, at least if statistics can be believed?

On the other hand, somehow, these impoverished millennials paradoxically seem flush enough to acquire the latest iPhone models along with expensive, overpriced data plans from the likes of Verizon’s 1% thieves. Maybe these kids know something an aging Boomer doesn’t. Or maybe they’ve simply figured out a new way to game the system.

Jesse seems to allude to the soft underbelly of all this fun, wondering “Did the analysts you were watching even mention the horrendous miss on the Philly Fed in the afternoon? Must have been a snow day. Unemployment claims remain stubbornly high.” A sobering thought that seems to have been lost in the funhouse today.

Jesse also hits on the related core issue that’s actually been troubling the Maven since at least 1999. That’s when the unusual odd couple of Bill Clinton and Newt Gingrich put the final nail in the coffin of a Depression Era act that was the single greatest and most effective legislative attempt to reign in the Big Boys in this nation’s history.

Quoth Jesse: “And why would we expect anything different, given the lack of serious reform and the careful targeting of the monetary expansion into the hands of the same old TBTF financial firms that have been distorting markets and misallocating capital for their own advantage since the repeal of Glass-Steagall?”


Amen, dude. But nobody’s listening to you, the Maven, or anyone else with an ounce of common sense. 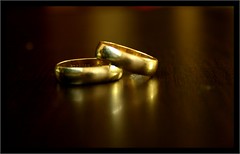 All that glisters is not gold. But gold might be helping some portfolios this week.

On top of all the Facebook/WhatsApp hubbub, gold and silver, which spent the bulk of 2013 flatlining and playing possum, caught yet another big bid today, with the yellow stuff closing nicely above the magical $1300 number. Both gold and silver’s charts now look like they’re commencing a mini-parabolic move, although only time will tell. Traders may be getting nervous about the potential for inflation again in a market that looks like what we saw today. Also, insiders know that gold bullion in particular has been moving in the direction of China and East Asia. Do the Chicoms know something that the Obama Administration doesn’t know?

On second thought, let’s not go there.

As far as tomorrow’s trading action is concerned, it’s a tossup. Today’s action would seem to predict another up day as February’s options begin to bite the dust. But then again, with Syria, Venezuela, the Ukraine and everything else, traders may want to take some money off the table before U.S. trading goes dark for the weekend. And Monday is another day, too, which lately has tended to get engulfed by unpleasant trading downdrafts.

In other words, who knows?

We’re a little thin in this department today. We actually had a position in Actavis before its latest takeover bid was announced, and happily skipped out yesterday with a tidy 18 percent short-term gain, figuring it would sell off the next day once the thrill was gone. Well, the thrill is still there apparently, and it looks like we left at least another quick 5 percent on the table. Oh, well…

But seriously now, folks…the market looks a bit frothy here and overbought once again. So we’d expect some nastiness early next week to relieve this condition. Which means we’ve been quietly adding in more shares of HDGE, a complex bear ETF that seems to be effective in protecting at least part of our portfolio during these pockets of stock market turbulence.

Otherwise, we’re standing pat, hoping to make at least a few more bucks before the “sell in May” syndrome kicks in, perhaps a bit early this year we think.

Biographical Note: Dateline Award-winning music and theater critic for The Connection Newspapers and the Reston-Fairfax Times, Terry was the music critic for the Washington Times print edition (1994-2010) and online Communities (2010-2014). Since 2014, he has been the Business and Entertainment Editor for Communities Digital News (CDN). A former stockbroker and a writer and editor with many interests, he served as editor under contract from the White House Office of Science and Technology Policy (OSTP) and continues to write on science and business topics. He is a graduate of Georgetown University (BA, MA) and the University of South Carolina where he was awarded a Ph.D. in English and American Literature and co-founded one of the earliest Writing Labs in the country. Twitter: @terryp17

Happy Cows come from California, or at least they used to – Bessie is moving to Texas

The Lord giveth, the Lord taketh away: Thursday’s...